Along with my earlier discussion about the signer being present, the signer must also be competent. A caller recently requested that I go to a nursing home where his elderly father was living. He indicated that his step-brother was controlling his father’s stuff against his (the father’s) wishes. He said that his father had a power of attorney which had been prepared by an attorney but needed to be notarized. He insisted in knowing my fee.

I started by asking questions to be sure I understood the scope of what I was being asked. The man kept talking and avoiding my questions, continuing to ask my fee as if I would just give him a figure which would make issues of competency just go away. I wanted him to understand because I knew he was just going to do another internet search and call the next notary who answered the phone. He was becoming more and more agitated so I told him that my fee didn’t matter if it was something I couldn’t (or wouldn’t) do. I told him I wasn’t comfortable with the circumstances and I wouldn’t be able to help. As he was calling me names and making comments about my intelligence, he hung up.

This situation raised more than just the question of competency (even though it was primary to me.) He was asking me to enter a private facility to approach a person whose competency was in question, possibly be confronted by an angry relative who may or may not have already been given a power of attorney.

This is just one of many situations where people who are dying wait so long to prepare their documents that they aren’t even competent to hire an attorney to prepare the documents much less get witnesses and a notary there to handle the formalities.

People often discount the value and role the notary plays in legal documents. Some banks and other retail mail/packaging facilities with on-site notaries are restricting the types of documents their employees may notarize. “What’s the big deal?” they often ask. It would be a big deal if they were on the other side of the transaction and a notary hadn’t handled the transaction properly and their deal was falling through or they had been ripped off or ???????. The stories go on and on…….

If a notary is asking questions it’s because the answers are important to both of you. Always remember that the notary is not an attorney and cannot make decisions or prepare documents for you. Notarial powers vary by state so it’s always a good practice to know what you need and seek legal advice. I have a link to the Texas Attorney General Office on this site if you would like to do some research on your own!

4 thoughts on “The Signer Must Be Competent!” 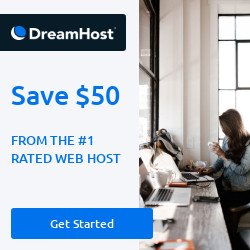 Scroll to Top
The first time you visit this site, a browser cookie is generated to identify you as a new visitor. If you were referred to this site by another site, the referral URL is also tracked in a cookie. This allows us to create customized messaging and notices for each of our site visitors. This data is retained in your web browser until cleared by you or your browser. We use cookies to ensure that we give you the best experience on our website. If you continue to use this site we will assume that you are happy with it.OkRead more